This comic tale of mistaken identity unfolds with real wit and style. A Portuguese time share villa has been double booked without the company representative, myopic tippler Commander “Chitto” Chittenden knowing. When Mary and Henry arrive shortly after Eve and Leslie, Chitto manages to remain unaware that there is more than one couple on the scene. The confusion is compounded when each couple mistakes the other for the servants. Henry seems to have the upper hand when he discovers that Eve is married, but not to Leslie, when his mother in law arrives and he has to bride the other couple to impersonate his alibi, Sir Piers and Lady Marchbanks. Girlfriend Mary has to play the servant, much to her annoyance, but it looks as though things might work out until the real Sir Piers arrives followed by Henry’s wife. Hilarious disguises donned by Mary, Perky, Eve and Leslie might just save the day!

To be performed in the reading rooms in Buxted In Spring 2021, Buxted Players look forward to seeing you all soon. 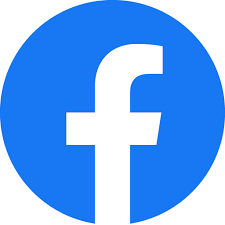 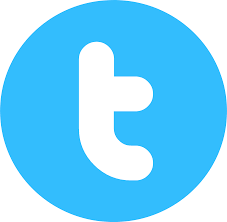 We are still going behind the scenes and sure to be around as soon as we can all meet again. We are still accepting new members so do feel free to contact us for fun and frolics.

We will be putting on a play in Spring 2021 called Holiday Snap, a hilarious faced pace comedy that we can’t wait to start rehearsals for again soon!

If you want to come along, make friends and take part in our next production contact us on Facebook or email us at info@buxtedplayers.co.uk

What is a reading?

We choose a few plays we think might be awesome to act in and great fun to direct and literally sit in a circle and read a part which the director thinks will suit us. This can be changed at a later date. And thats all there is to it.

No huge audition needed, no singing and dancing in front of a panel, a cup of tea and reading a play.

New members needed, so come along and make your drama dreams come true!

Buxted Players is a lively, friendly amateur dramatic society that has been entertaining audiences in the Buxted and Uckfield area of East Sussex since 1928. We put on twice yearly productions at the Reading Room, Buxted. These range from Shakespeare to pantomime. We have produced a number of thrillers and we are particularly known for our comedies.

Come and be part of a truly magical team. An enthusiastic, friendly, passionate acting troop, for meals out, quiz nights, rehearsals and backstage laughter.

The society always welcomes new members seeking to act or help behind the scenes. Contact info@buxtedplayers.co.uk

Our recent productions include “Bedside Manners”in February 2019 by Derek Enfield, “Not Now, Darling” by John Chapman & Ray Cooney, “Murder in Play” by Simon Brett, “Nobody’s Perfect” by Simon Williams and “First Things First” by Derek Benfield, all of which played to very appreciative audiences.